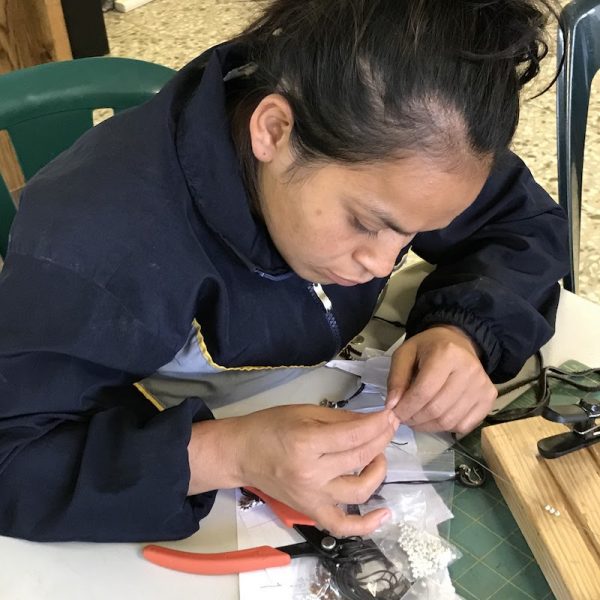 We have an inspiring story to share with you about one of our employees:

Josselin Carolina was found in the market of Jalapa and brought to the Casa Hogar as a very young girl with no records. Her exact age and birth date are unknown. She celebrates her birthday on a specific day but the real date and her age remain a mystery.

For years, her language was repetitive and impossible to understand. Following simple directions was beyond her reach. And because of her developmental delays, Josselin consistently landed in classrooms with children much younger than herself. During school, Josselin’s behavior was a problem. She wouldn’t follow directions and was disruptive in class to everyone’s frustration.

A few years ago Josselin began visiting the Milagros Workroom on a regular basis to see what was going on. At first, she was given the simple jobs of organizing the snacks or pulling the tape off of shipping boxes so they could be reused.

One day, a Gracia volunteer had the idea to give Josselin more responsibilities believing that she was much more capable than she let on. Her new work required her to show up at the Workroom at 5:30, sweep, empty the trash and set up the morning coffee.

Today Josselin is an integral member of the Workroom where her commitment and work are evident and much appreciated by all. She has now learned how to run the tumbler and helps thread beads with her co-workers. And, perhaps most importantly, Josselin has found a place for herself and earns her own income.

This is what we call a success story!