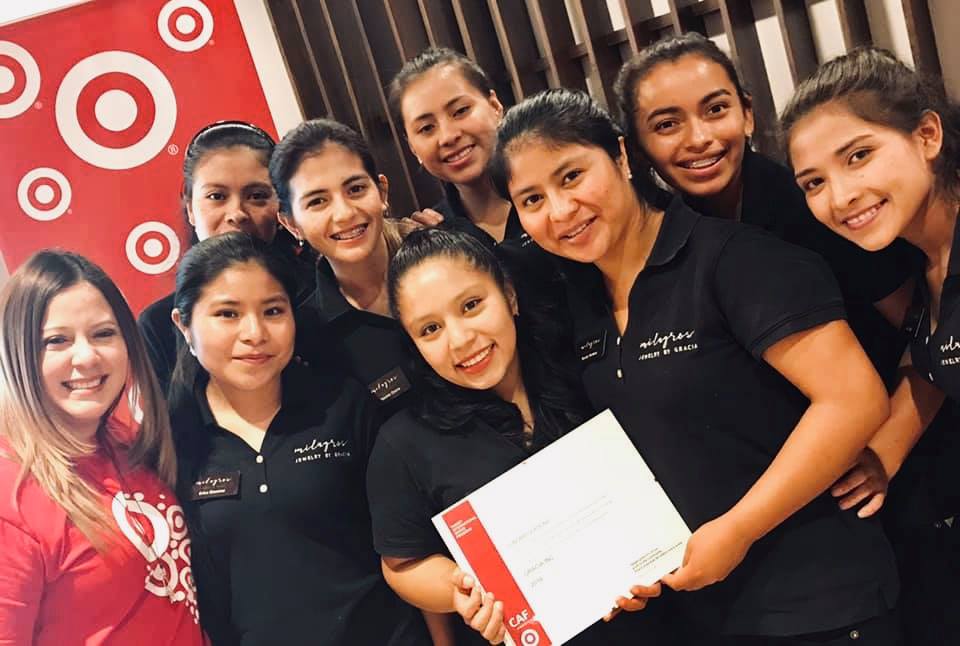 Last week, Gracia’s Mujeres Fuertes took the bus from Jalapa to Guatemala City to receive recognition from the Target Corporation for demonstrating their remarkable leadership and business management skills.

Gracia was awarded a generous grant from the Target for its work to economically empower young women in rural Guatemala.

Las Mujeres were first introduced to Target-Guatemala at the New World Craft Show in Antigua, Guatemala. Target’s representatives were drawn to the Milagros booth by our products. As they learned about the Gracia Entrepreneur Training program, they became impressed by the holistic approach Gracia takes to educating young women. They invited Gracia to apply for one of their grants. The Target Foundation grant process is by “invitation-only”. So, we were honored to have received grants from them in both 2017 and 2018.

Establishing a business connection within Guatemala is both a goal for Gracia and its young women. This is another strong step in Las Mujeres Fuertes professional careers as they build relationships and tap into resources outside the remote area of Jalapa.

Many thanks to Target, and especially, to its Guatemala City office. We’re grateful for your continued support!