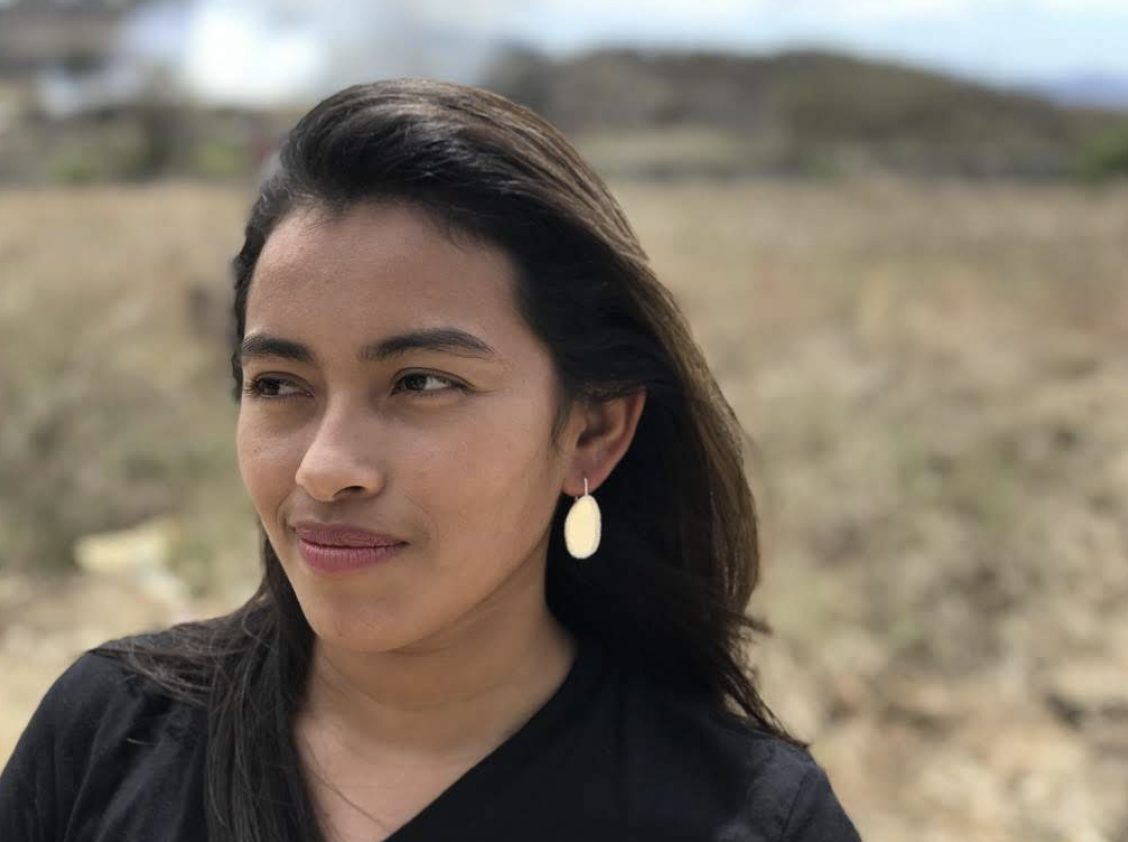 Please note: Gracia refers to the oldest girls in our program as ” Las Mujeres Fuertes” or Strong Women

“Empowerment is a complex and multifaceted concept.”- Melinda Gates

And it is at the very core of Gracia’s mission. 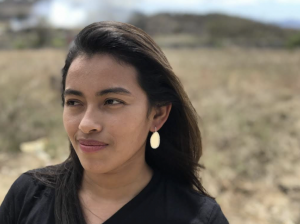 One of Gracia’s four accomplishing objectives is for young women to exercise their voice and agency. We believe one way they can can do this is by setting goals and advocating for themselves. Decision making and leadership are also expressions of agency. Gracia tracks these indicators to monitor the progress of Las Mujeres.

In March of 2020, Emili began her role as the COO of the Milagros Workroom.
By all accounts, she has been outstanding: she is an innate problem-solver
who leads by example with a good sense of humor. About a year ago during a
staff meeting, Emili told us she needed to take a personal day. We asked, “Is
everything OK?” Emili gave a quick shrug of her shoulders and said, “Sí, todo
bien. Me voy a sacar mi passaporte.” “Yes, all is fine. I am going to get my
passport.” We asked if she had travel plans, and she said no, she just wanted
to get it.

Emili in the Workroom

In the Milagros Workroom, managerial positions, e.g., shipping, inventory, HR, etc., are held for two years. In March of 2022, it was time to rotate positions. (Positions change to cross train Las Mujeres in different departments.) Not surprisingly, not a single one of the Mujeres wanted to take on the job of COO- it is a lot of tough decision-making and challenges. During Emili’s tenure, COVID made Workroom operations difficult, and finally, things were beginning to return to normal. To keep on track, we asked Emili if she would consider staying on as COO for one more year. Now, this was not what she had agreed to, and it was pretty clear she was ready to wind down her time as “La Jefa” – The Boss.  Framed by the Zoom screen, Emili looked at us, let out a deep sigh, shifted in her seat, and asked if she could think about it.

Two weeks later Emili was ready. She had thought about it and was prepared to cut a deal: she said she would like to move up to the next pay grade. We immediately agreed; she had done an excellent job as COO during COVID and led her team under difficult conditions. A raise was well-deserved. No problem. Done. We started wrapping up the meeting. 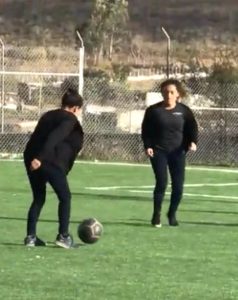 Mujeres Fuertes Ilma and Emili on the soccer pitch

Emili is a star soccer player.
She is also a huge fan of Barça, or Fútbol Club Barcelona.
And, Emili has dreams.
“I have been saving my money, I have my passport, and I have a cousin in Barcelona. I want to visit her during the last two weeks of September.”
Emili’s eyes met ours, and she did not hesitate.
“And I want to be paid during my time off.”

And while this may be a cute story or anecdote, there is more to it than that.
Let’s see how it fits into an empowerment framework.

Empowerment is impacted by the human and financial resources a young woman can access.
Emili knew exactly how to manage her resources. She researched how to obtain a passport. She drew upon her human resources by talking to people who could assist her. She planned for it, applied for it, and now she has one. Emili contacted her cousin who could provide a place for her to stay while she visited. And with her salaried job, she had access to the financial resources she needed to fund her dream.

Empowerment is impacted by the human and financial resources a young woman can control.
Emili knew she was a valuable human resource to the Milagros Workroom, and she leveraged that. She went for broke, negotiating two additional weeks of vacation. With every paycheck Emili earned, she dedicated a portion to her Barcelona trip. This indicates Emili can control financial resources, understand negotiation, and possesses the discipline required to reach a long-term goal.

Empowerment is impacted by the culture surrounding a young woman.
Every step Emili has taken challenges the patriarchy dominating rural Guatemala. There, women rarely meet alone for dinner, drinks, or even coffee. And international travel? It’s just not done. In fact, according to the World Tourism Organization, less than .01% of the Guatemalan population, regardless of income level, traveled abroad in 2019 (i.e., pre-COVID). This is important because actively challenging cultural norms is the first step in creating systemic change. 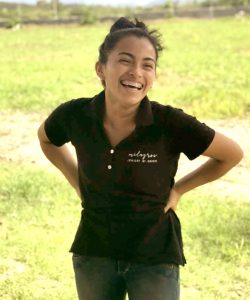 With this, Emili casts herself as a leader:  one who will advocate for herself, breach a barrier to meet her goals, and is fully capable of exercising her voice and agency.

We hope you have the time of your life.