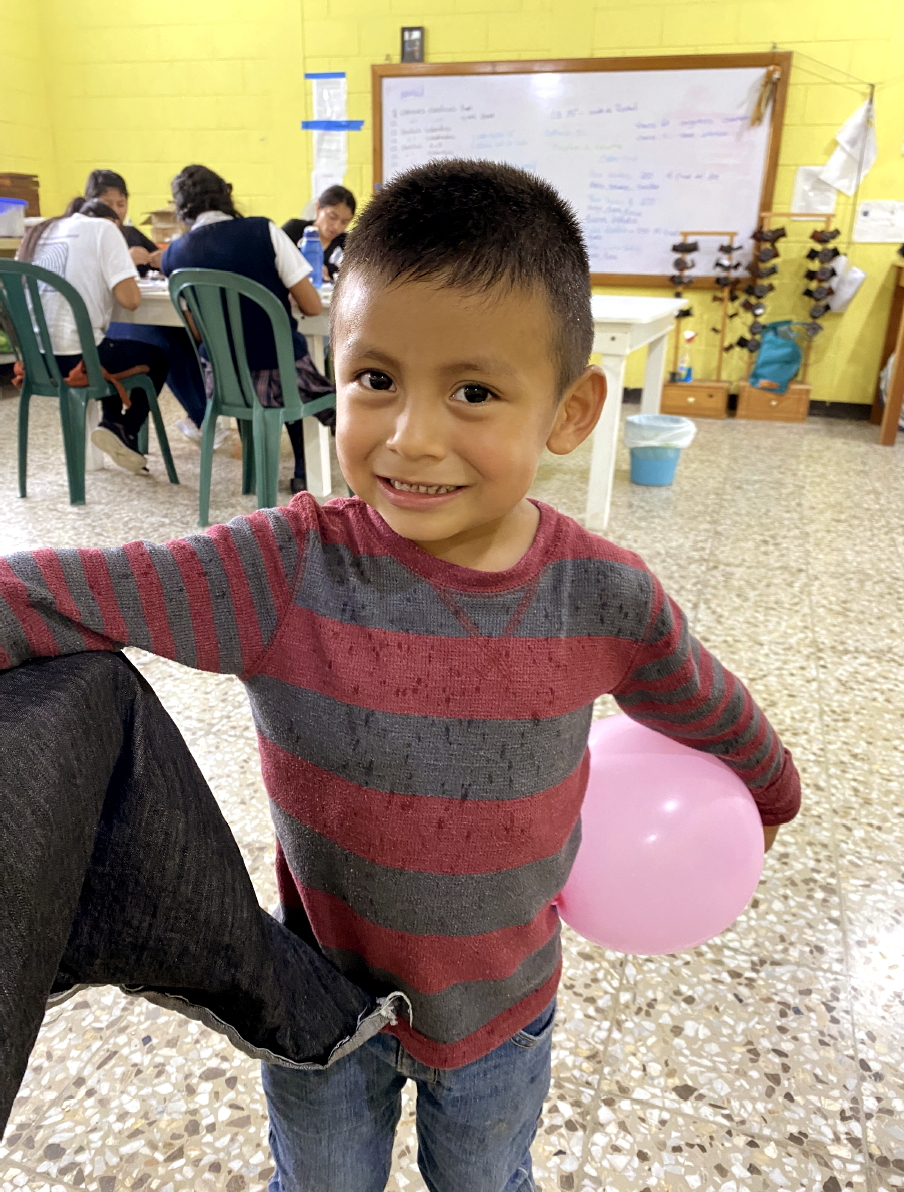 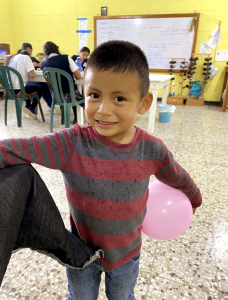 If you are a passenger on the early morning, and oh-so-crowded, bus that runs between Jalapa and Colonia Los Pinos, Guatemala, no doubt you have heard this little voice. It’s Bryson, and he’s narrating the action outside the bus. His vantage point? His mother’s lap.

Bryson’s mother, Maria, is a Mujer Fuerte or Strong Woman and part of the Gracia Entrepreneur Training Program or GET. As a participant in the program, she receives training and works in the Milagros Jewelry Workroom located in Colonia Los Pinos.
Bryson is Maria’s three, almost four, year-old son. While it might not be evident to others on the bus, his world is markedly different than that of most boys growing up in rural Guatemala. Bryson is growing up in a different world because of a decision Maria made.
Bryson, 3.8 years old 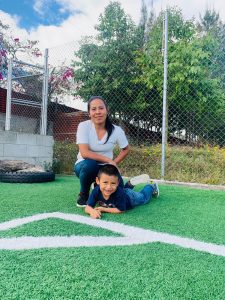 Gracia’s mission is to help young women, like Maria, become economically empowered. Economic empowerment means young women can earn income, become financially literate, live independently, and stand up for themselves. Beyond income earning, true economic empowerment requires that Maria can both control her finances and stand up for herself, that she will
decide how her hard-earned money is spent.

While this is nothing new to Americans, in rural Guatemala it is revolutionary: there, a man is entitled to a woman’s salary- it’s considered to be part of his income. This means a woman will turn over her money to a man, and he will decide how it is spent. Guatemalan culture is steeped in patriarchy and infuses the world surrounding Maria and Bryson.

In June of 2018, when the Gracia team was in Guatemala, Maria stopped me in the storeroom and told me that she had something to discuss with me.

“I need to quit my job in the Milagros Workroom.” Maria responded.

Whoa! I was not expecting that.

“Why don’t we meet tomorrow morning?” I suggested.

Gracia staff met with Maria first thing the next day.

She sat across from us, glanced up at the ceiling, and pulled on the sleeves of her jacket.

“I’m pregnant. And so, I need to quit my job in the Milagros Workroom.” 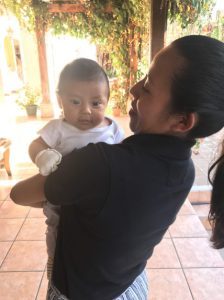 Maria and son, Bryson at 4 months

Maria was overwhelmed. To her, quitting was the best option.

Yet, this was not an uncommon reaction from a young Guatemalan woman. In Guatemala, most young women who become pregnant during school dropout; only one third of women work after giving birth. And until now, that was the only model Maria had in front of her.

As Americans, we believed this was the worst possible time for Maria to quit her job.

“Maria, think about this! Give it a bit of time. Quitting means giving up access to healthcare, paid time off, and your retirement savings. It will wipe out your ONLY source of dependable income. You will lose your position in the Workroom, a position you worked extremely hard to secure.”

Maria said little as she listened.

A week or two passed.

She took stock of her life and her future.

She weighed her options and decided.

The decision Maria made pushed back against the Guatemalan culture of patriarchy.

Maria chose to continue working in a country where women’s labor force participation is half that of men, and 77.8% of Guatemalan men believe women need their permission to work outside the home.

Maria chose to live as an independent woman in a country where 81.6% of Guatemalan men believe women need their permission to leave the house.

Maria chose to earn and control her own income in a country where 67.0% of Guatemalan men believe women should not have a say in managing the household money.

Maria’s decision challenged the social norms and power dynamics of Guatemalan culture. When Bryson was born, he was handed directly into the arms of a true Mujer Fuerte. Now as Bryson grows up in her loving care, her strength will influence his worldview. It is the quiet, confident “Marias” of this world who are successfully laying the groundwork for systemic change. They are leading by example as they raise enlightened sons and inspire the next generation of Mujeres Fuertes. 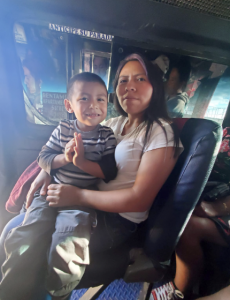 Maria and Bryson, on their way to work and school, November 2022.

Today, Bryson sits on his mom’s lap as the bus heads to Colonia Los Pinos where he will attend school while his mother works. Maria will walk him to his classroom, share some beans and rice with him at lunchtime, and at the end of the day, they will ride the bus back together.

Bryson will point out the cows, trucks, and buses from his usual vantage point: the lap of his mother, Maria, a genuine Mujer Fuerte. 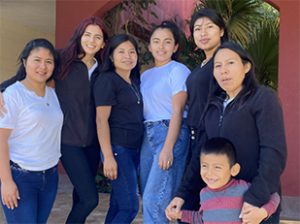